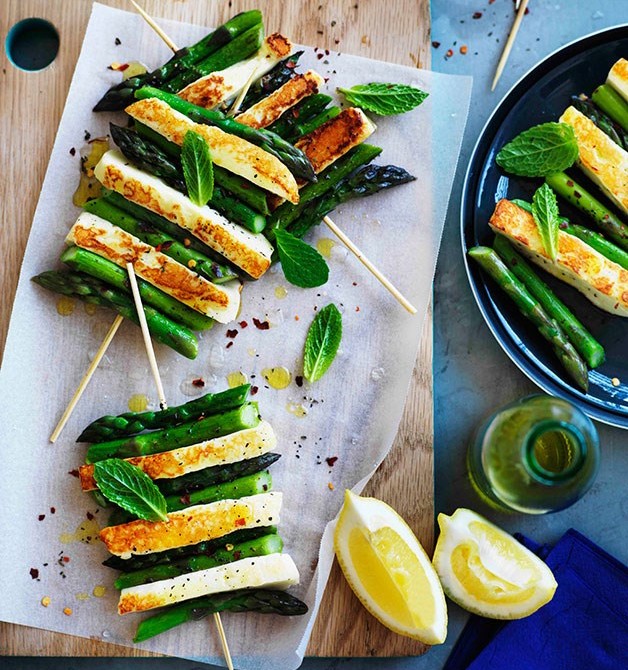 Grill everything with salt and pepper. makes 8 servings (skewers) 2 points each. 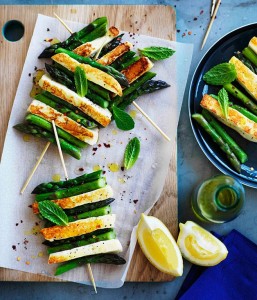 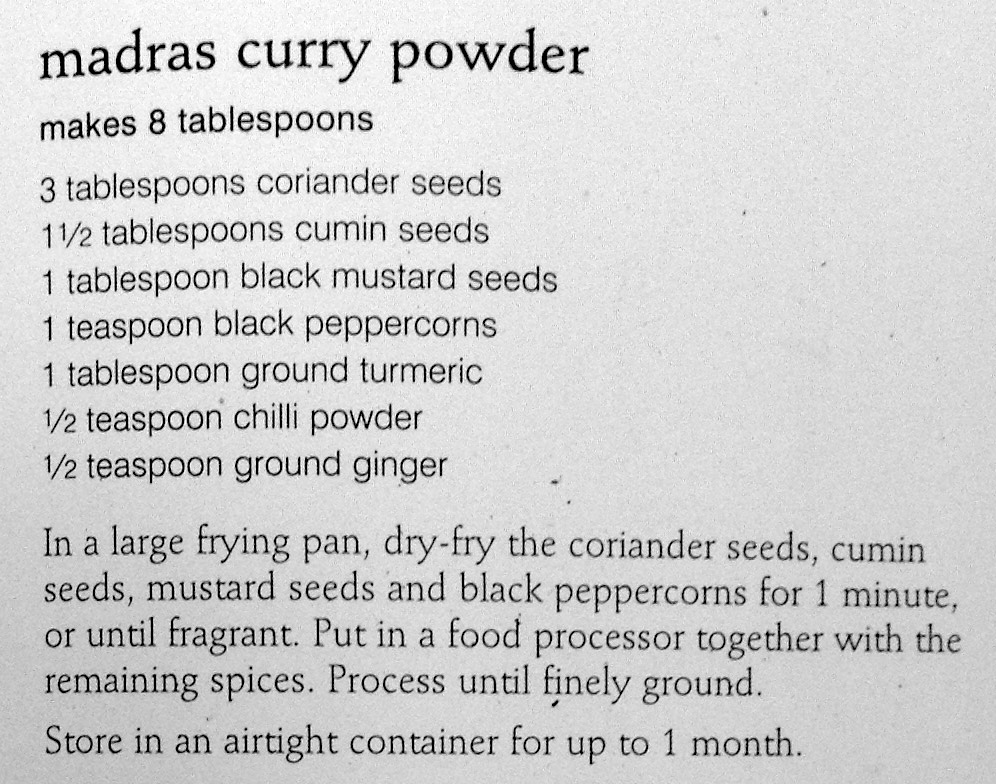 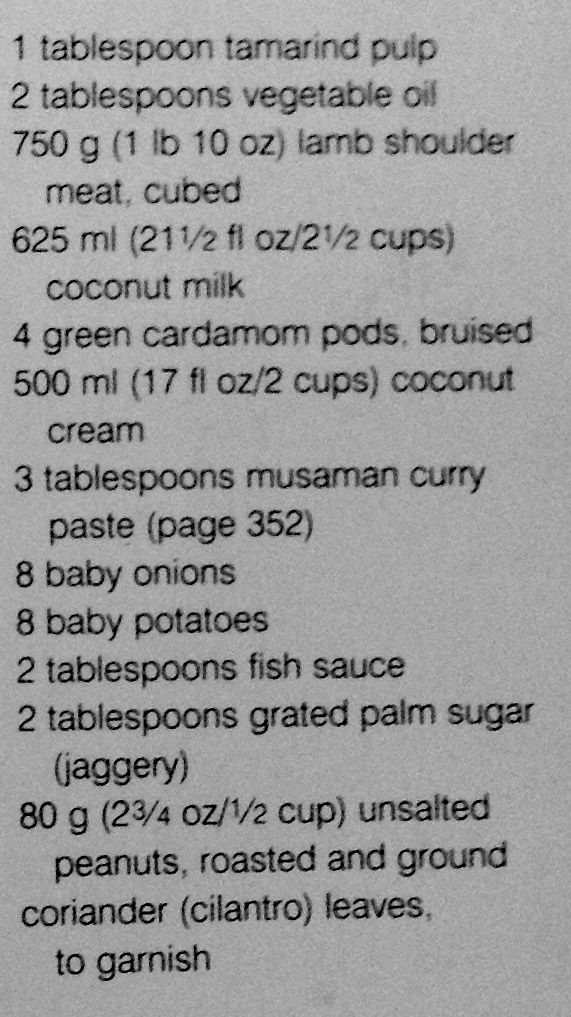 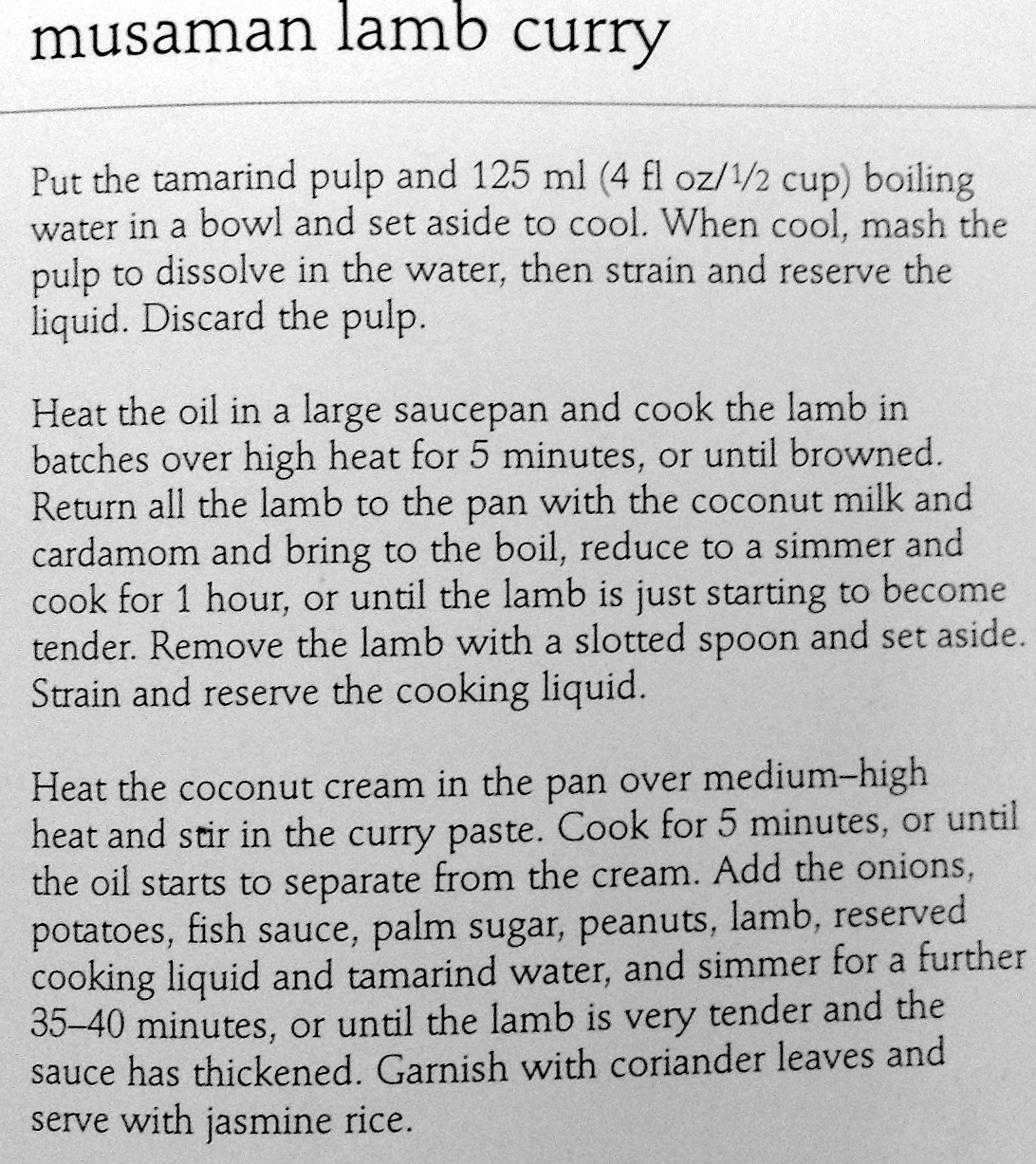 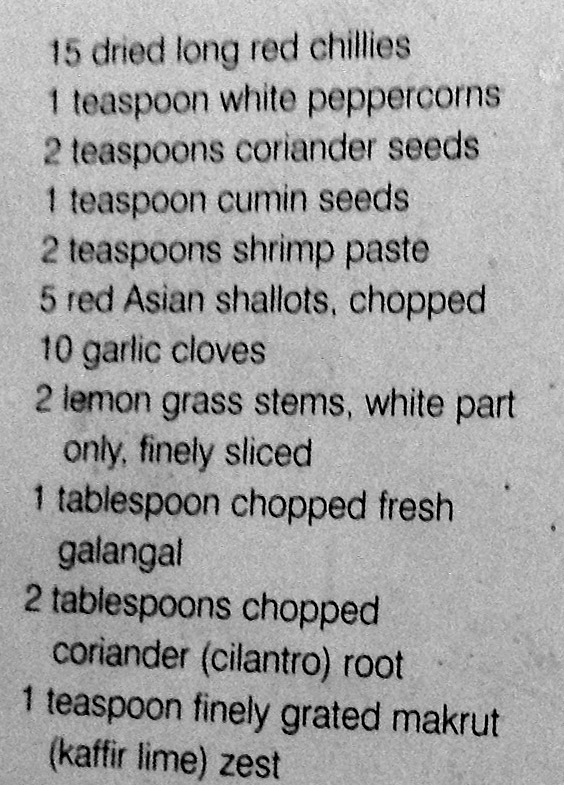 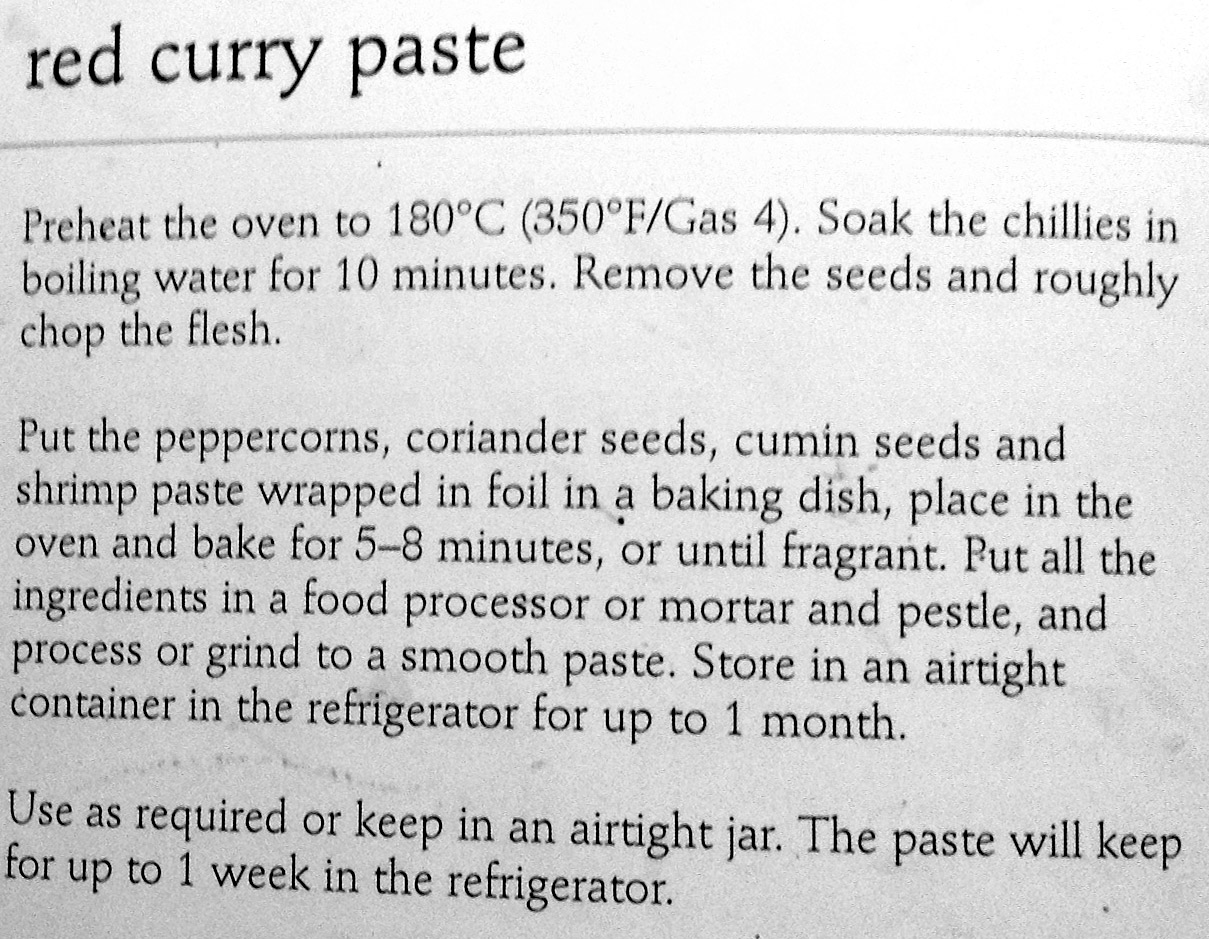 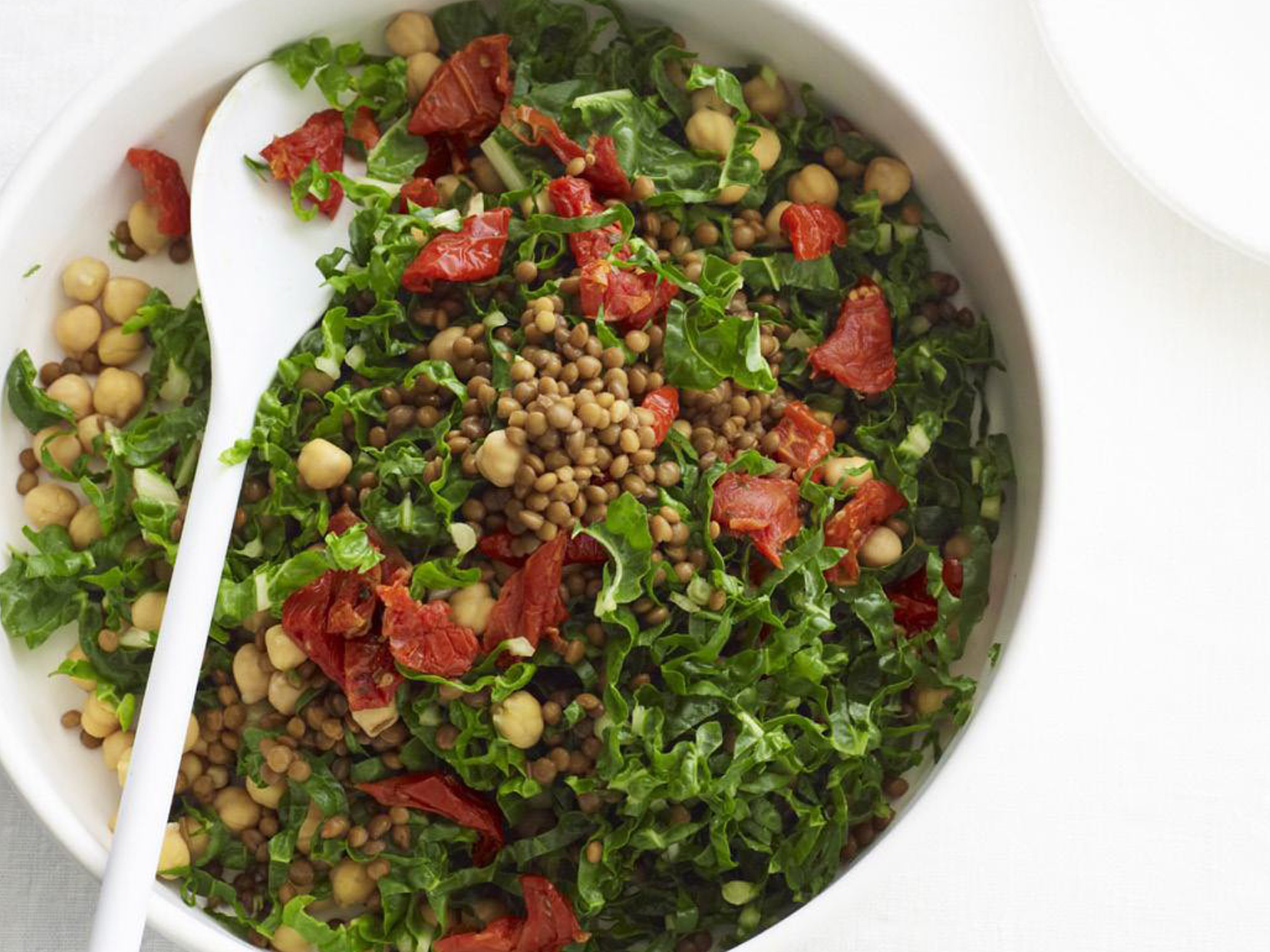 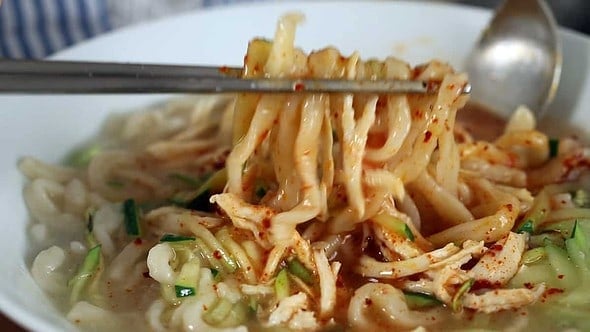 Put water, chicken breast, garlic, and onion in a large stock pot and boil for 1 hour over high heat.

While it boils, make the noodle dough:

Combine flour, starch, 1 teaspoon salt, 2 tablespoons vegetable oil, and 1¼ water in a large bowl.
Mix with a wooden spoon to form a lump. Knead it by hand until it forms as ball. Put it into a plastic bag, seal it, and let it sit in the fridge or on the kitchen counter for 10 minutes.

Take the dough out of the plastic bag, knead it for 2 to 5 minutes, and then put it back in. Kneading it in stages like this, and storing it in the plastic bag between sessions will make it soft and pliable with a minimum of effort.

Combine the zucchini matchsticks with ¼ teaspoon salt and set aside for 5 to 10 minutes.
Squeeze the excess water out by hand and sautee with a few drops of vegetable oil in a pan. Set aside.

After an hour of boiling, remove from the heat. Strain. The stock will be about 13 cups at this point and it should look clear but a little milky.
Add 1 tablespoon salt and 2 teaspoons fish sauce (or soup soy sauce) or to taste. Mix well and put it back to the stock pot. Set aside.

Collect the cooked garlic into a small bowl and mash it with a spoon. Add 1 teaspoon salt, ½ teaspoon ground black pepper, and 2 teaspoons sesame oil. Mix well and set aside.
Pull the chicken into thin strips with your fingers and mix it in with the garlic mixture. Set aside.

Take out the dough and knead it again for a couple of minutes until it’s really smooth. Divide the dough into 2 balls.
Dust a large cutting board or clean kitchen table with flour and put the dough on it. Roll it out with a rolling pin to a circle about 18 inches wide and 1/16 inch thick (1 or 2 mm). Flip it over occasionally to make it even, round, and flat. If you need to, sprinkle some flour on it when you flip, to keep it from sticking.

Evenly spread some flour on the dough, and fold it over 3 or 4 times. Cut it into thin noodles, about 1/8 inch thick. Sprinkle some flour on them, and gently mix them up to separate them and spread the flour evenly.
Make noodles with the other ball of dough but repeating the steps above.

Bring the stock to a boil and add the noodles. Stir with a wooden spoon and cover.
Cook for 4 to 6 minutes until all the noodles float and some bubbles form on the surface. Remove from the heat.
Ladle into large individual bowls. Put some zucchini on the center of each bowl and add some chicken. Sprinkle some chopped green onion over top, and serve immediately with kimchi and few more side dishes if you have them.
To make spicy version:

Combine 2 table spoons hot pepper flakes and 2 teaspoons sesame oil in a small bowl. Mix well and serve. When you eat, add some of the mixture to your noodle soup and eat.

Chocolate Almond Torte: Preheat your oven to 350 degrees F (180 degrees C) and place the oven rack in the middle of the oven. Butter, or spray with a nonstick cooking spray, an 8 x 3 inch (20 x 8 cm) springform pan. Line the bottom of the pan with parchment paper.

Separate the eggs while they are still cold, placing the egg yolks in one bowl and the egg whites in another. Cover the two bowls with plastic wrap and let stand until they reach room temperature (about 30 minutes).

Place the almonds, along with 1 tablespoon (15 grams) of the sugar, in your food processor and process until finely ground. (Don’t overprocess or you’ll end up with a grainy paste.)

Melt the chocolate and butter in a stainless steel bowl placed over a saucepan of simmering water. Once melted, remove from heat and allow to cool to room temperature.

Then place the egg yolks and 1/2 cup (100 grams) of the granulated white sugar in the bowl of your electric mixer, fitted with the paddle attachment (can use a hand mixer). Beat the yolks and sugar until pale and thick (about 2 to 3 minutes). Beat in the melted chocolate mixture and vanilla extract. Fold in the ground almonds and salt.

Place the egg whites and cream of tartar in a clean bowl of your electric mixer, fitted with the whisk attachment (can also use a hand mixer), and beat until soft peaks form. Gradually sprinkle in the remaining sugar and continue to beat until stiff peaks form. Fold about 1/4 of the whites into the chocolate batter to lighten it. Quickly fold in the rest of the whites and mix only until incorporated.

Pour the batter into your prepared pan and bake for about 45 to 50 minutes or until a toothpick inserted into the center of the cake has a few moist crumbs. (The top of the torte will be dry with cracks)  Remove from oven and place on a wire rack to cool. The cake will rise during baking but falls during cooling, leaving a crisp and cracked crust. Once cool, run a spatula around the inside of the pan before releasing the sides. Serve at room temperature or cold. If desired, dust with powdered sugar. Serve plain or with whipped cream, vanilla cream, or a custard sauce (creme anglaise).
Read more: http://www.joyofbaking.com/ChocolateAlmondTorte.html#ixzz3sDD8q6V4
Follow us: joyofbaking on Facebook 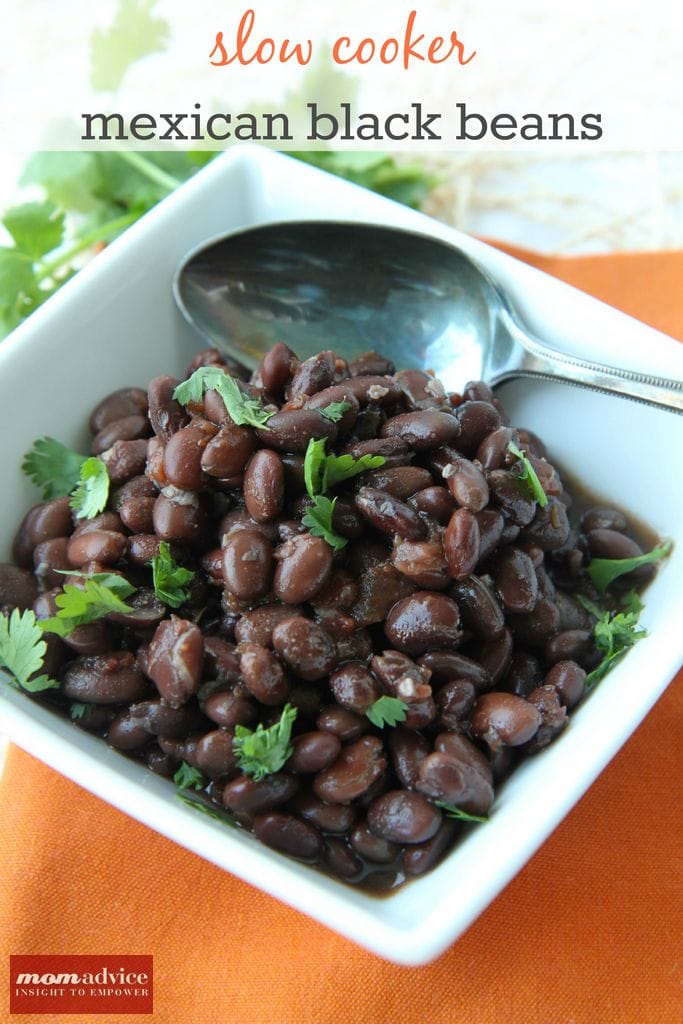 Posted on Nov 7, 2013 in Cooking, Ferments and pickles, Handmade Christmas 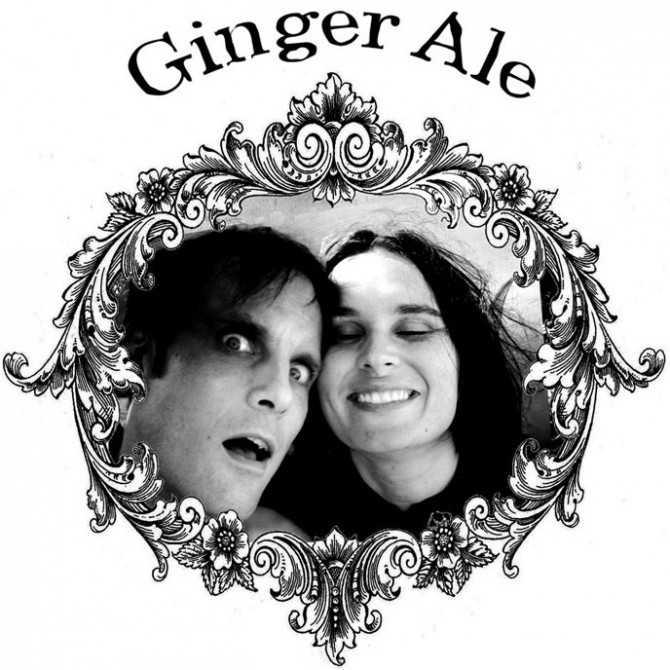 Home made ginger beer – a perfect festive gift for the budget-savvy.

We’ve made a batch already and it is DELICIOUS; definitely of comparable yumminess to any commercially produced ginger beer (although maybe not as alcoholic).

I got it from my newfound fermenting Bible, Wild Fermentation by Sandor Katz.

So, how do you make it? First, you need bottles… these may be obtained from around the house, as we did for our first batch.  However, if you want a more professional set-up, you can also purchase and drink a carton of beer. Tim put up his hand for this particular task… it’s a tough job, but someone’s got to do it!

We’re buying crown caps and a capper from a home brewer supplier. You don’t have to do this, but if you don’t, your bottle lids don’t seal as well. Your ginger beer will still be delicious, but won’t be as fizzy as it would be if it were tightly sealed with proper caps.

Next, you need to make the beer starter, or ‘ginger bug’ as Katz calls it.

This is what you need for the starter bug:

One cup of water (I used filtered, slightly warmed).

You also need cloth and rubber bands, but I was far too disorganised to think of that and rubber bands seem to be abundant in my house until I actually need one, so I used mesh and wool!

Stir it all together until the sugar has dissolved.

Your starter is now ready to ferment.

Cover your starter with a nice breathy cloth to keep flies out and let air in. I used some fine mesh. Secure with a rubber band, or if you’re disorganised and have no rubber band *ahem* use a bit of wool or something.

Your starter is ready when it has started bubbling at the top, like this.

Now, you need two cups of sugar, ? of ginger, your starter bug and some water in a pot.

Add sugar and ginger to the pot and bring to the boil. Then let cool to room temperature.

When the mix in the pot has cooled, add your starter and give it a good mix.

Strain out the ginger.

Bottling time! We used old beer bottles. They need a good scrub and a scalding in hot water to ensure they are sterile.

Cap the bottles firmly. We used caps and a cheap capper that we got from a shop selling home brew supplies. I have used old twist top bottles – these worked fine, but the ginger beer was not quite as fizzy.

Make a festive label, grab some sticker paper and do something in photoshop or draw your own. The sky’s the limit – use your Christmas spirit and your imagination!

Stir the ginger and sugar into the water, then cover with the ‘cloth’ and ‘rubber band’. Put it in a warm spot. As I am definitely NOT dreaming of a whire Christmas here in sub-tropical Australia, it wasn’t too hard to find a warm spot. However, if you’re somewhere chilly, you could try putting your bug on a water heater or in a room that stays warm or something of that nature. An oven light is meant to be quite good.

I made two bugs. Aren’t they pretty? Now, I just leave the bug to do its thing for a night. Tick-tock-tick-tock!

This recipe for home made ginger beer was originally published in Wild Fermentation by Sandor Katz. I have reviewed his book more extensively in a cook book review, but suffice to say here that he is something of a guru on the ailing art of fermenting food. Katz points out that the post-refrigeration generations have abandoned a process of preserving food that had been part of our cultural practices up until that point – whereas now we freeze foods, or load them up with chemical preservatives, generations past used fermenting to culture healthy, protective bacteria to prolong the shelf-life of food.

Katz believes that this bacteria can support healthy immune function, enabling our system to build better defences against pathogens. As a result, we become more robust. While I cannot verify the science behind Katz’ claims, he does make some very plausible arguments – and the proof is in the pudding, perhaps; Katz continues a healthy and active life despite being diagnosed with HIV more than a decade ago.

Whether or not his claims are true, I can attest that his recipe yields damn good ginger beer – not too sweet, pleasantly gingery, alcoholic enough for an adults-only rating without overwhelming the consumer. Give it a go!

check out my blogs about..